“Mike’s been writing in his own singular, idiosyncratic style for more than two decades now; journey with us through his oeuvre to discover a truly original talent with a world view as wide and humanist and compassionate as the ocean he so often writes about.”     — Martin Denton, Indie theater Now

Read an article about Mike and his journey as a playwright.
Chasing Moby Dick Into the 21st Century
OCT 14, 2018- BOB KEYES, PORTLAND PRESS HERALD (PORTLAND, ME)​

"It's clear that Gorman has an epic vision...and can create vivid characters and write snappy dialog that walks the​ fine line between magic realism and real realism"
—Blogcritics Magazine 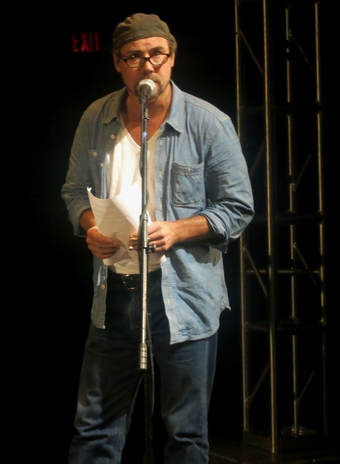