There are no upcoming productions at this time. 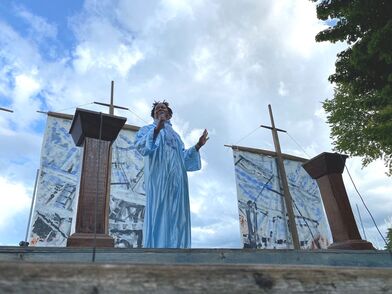 ​"NEVER LEAVING THIS BOAT—Fragments of a Blues Opera"
(September 11 & 12 2021)  — Rockland, Maine
Written and Directed by Michael Gorman
​Music Director: Charles Duke
​
Using the power of live performance to address the opioid epidemic, this epic tale tapped into the deep ritualistic healing power of the blues and incorporated original live music and song (with a full band), spoken word, and performance— to restore connections lost or frayed by the compound crises of the opiate epidemic and COVID.  ​More... 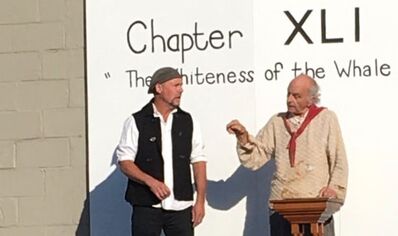 ​"GIVE UP THE SPEAR"
(JUNE 17, 2021)  — Portland, Maine
Written by Michael Gorman
​
Playwright Michael Gorman and The Forty Hour Club presented a selection of songs and scenes from their upcoming production of “Never Leaving this Boat”—(Fragments of a Blues Opera) at Cove Street Arts (gallery) in Portland.  Raw and minimally rehearsed, the performance offered a privileged first glimpse of the upcoming opera, as well as an exciting window into Forty Hour Club’s developmental process.  ​More... 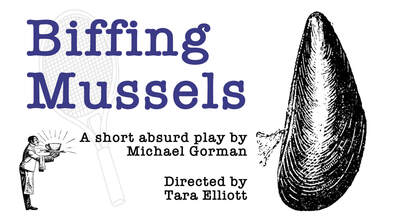 ​"BIFFING MUSSELS"
(OCT 31, 2020)  — Rockland, Maine
Written by Michael Gorman. Directed by Tara Elliott
​
Performed during the COVID pandemic (socially distanced, of course!), Michael Gorman's classic short absurd comedy was presented on the waterfront at The Steel House in Rockland, Maine.  The play was a welcome respite from the social isolation and uncertainty that many of us were feeling at this time, and offered everyone a good opportunity to just...laugh.  ​More... 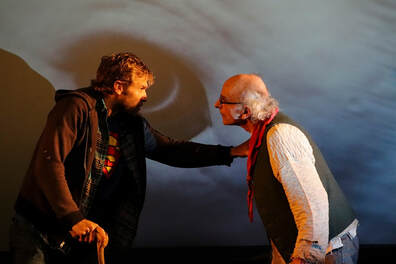 ​"IN AHAB'S HEAD—CHASING PHANTOMS"
(Nov 1, 2019)  — Belfast, Maine
Created by Michael Gorman and the Forty Hour Club
​
A collaborative community performance in association with "What’s Art Got To Do With It?"— A 3-day conference about the power of art to address our opioid epidemic. This short and powerful piece featured R.A.W. Players (Restorative Art Works) & members of the Maine Coastal Regional Re-Entry Center/Restorative Justice Program (all non-actors), in the roles of The Phantom's, and incorporated monologues about their lives and experiences dealing with addiction, incarceration, re-entry, and healing. More... 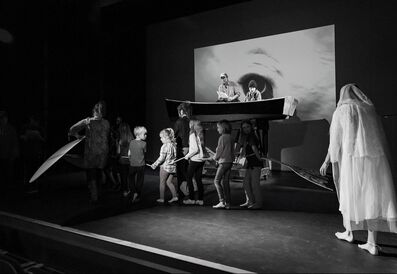 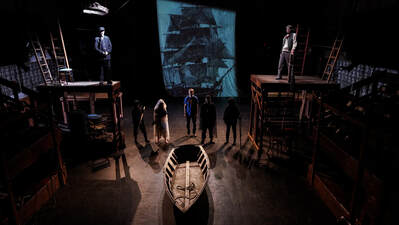 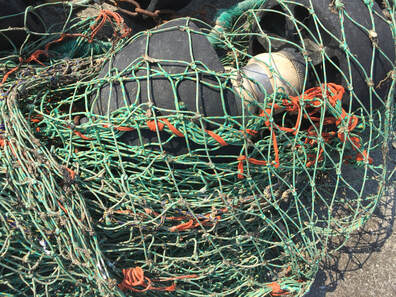 ​"AMBERGRIS"— Mining the Net Yard for the Roots of Addiction And New Models of Sustainable Fishing--An Environmental Installation and Performance.
(October 20, 2018)
Created by Michael Gorman and the Forty Hour Club
​
​This installation & performance took place on the working waterfront at Portland's Fish Exchange/Net Yard, and explored the roots of the disease of addiction and the economic devastation being caused by the ongoing opiate epidemic within the commercial fishing community. More... 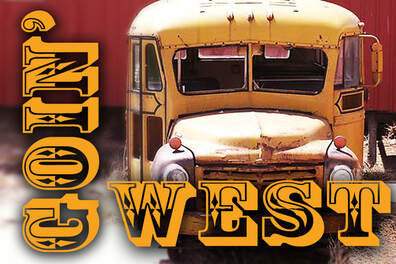 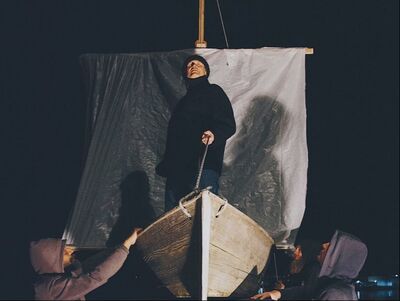 As part of his Ellis-Beauregard Foundation Artist in Residency, Gorman presented a multi-media performance time-line of the history and development of his epic trilogy of plays "The Honor and Glory of Whaling". 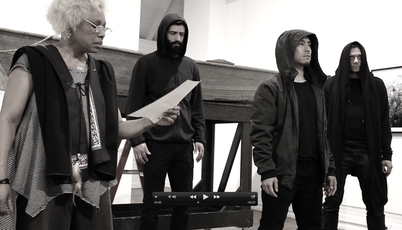 Development of the newest work by Gorman and the culmination of his trilogy of plays, "The Honor and Glory of Whaling" . 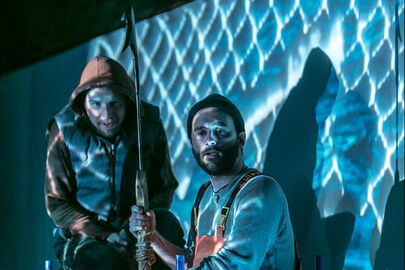 IF COLORADO HAD AN OCEAN
(2014)
Written by Michael Gorman  |  Directed by David Bennett
​
Part I (Loomings) in Gorman’s "The Honor and Glory of Whaling" trilogy about commercial fishing, opiate addiction, and Moby Dick. 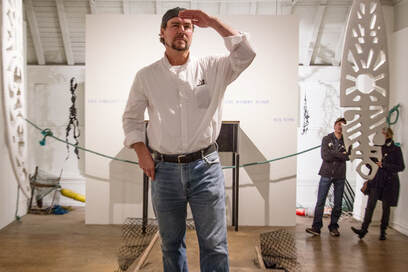 A deconstruction of the creative process by Mike Gorman for his trilogy of plays, “"The Honor and Glory of Whaling". 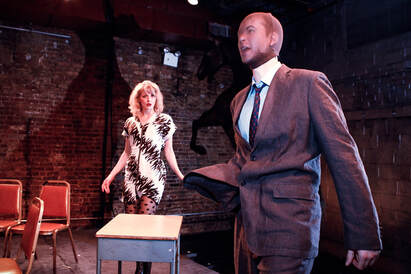 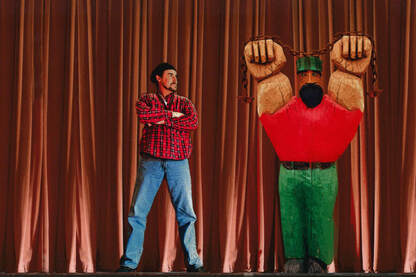 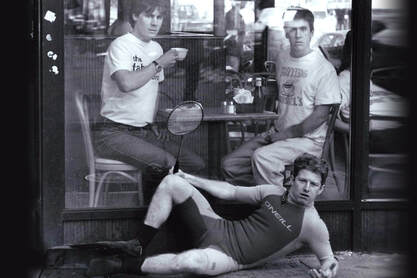 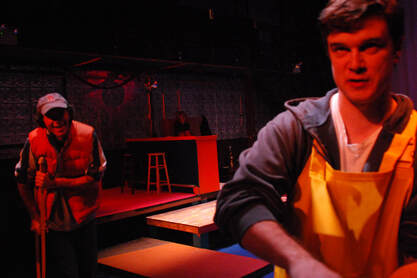 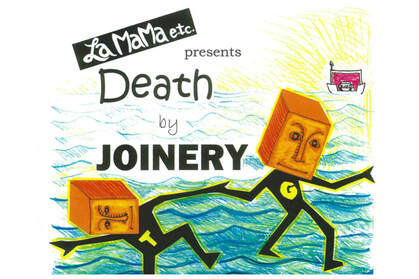 ​DEATH BY JOINERY
​(2006)
Written and directed by Michael Gorman
​
Two carpenters stumble upon the occult publishing world of "how-to" books. 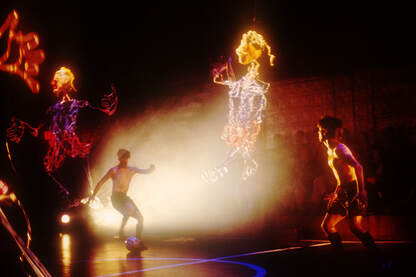 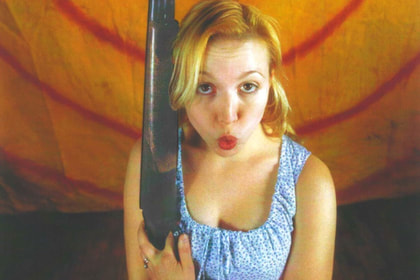 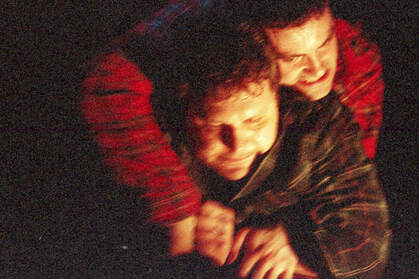 ULTRALIGHT
​(2000 & 2003)
Written by Michael Gorman
​
Part III (Epilogue) in Gorman’s "The Honor and Glory of Whaling" trilogy, Ultralight is a mythical story about brotherhood, wilderness, and addiction.
EARLIER PRODUCTIONS AND PERFORMANCES