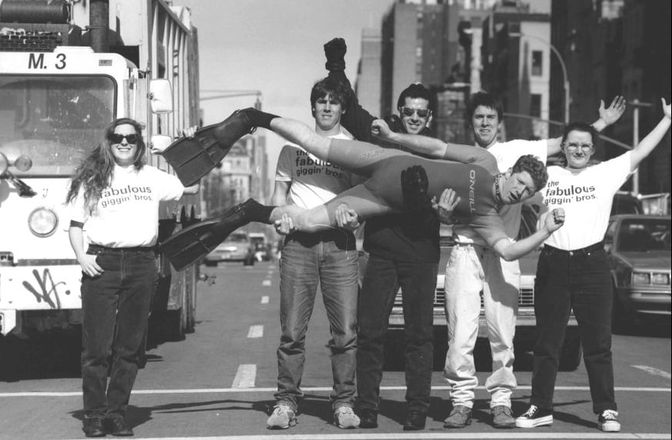 Mike's NYC premier with The Fabulous Giggin' Bros' featured two short absurd plays written by Mike: Biffing Mussels and Conversation Pieces, and a third, A Random Act of Violence, co-written with his brother Will. 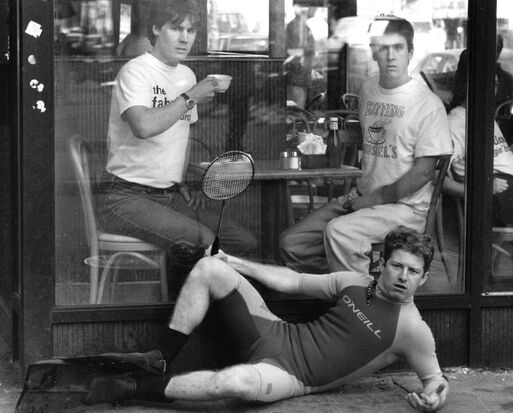 In The Fabulous Giggin’ Brothers classic short comedy, a scientist obsessed with applying hard-science to the mundane recounts at length his revolutionary approach to counting all the grains of sand in the world, only to be upstaged by a man in a wetsuit, carrying a tennis racket, who gives a lesson on how best to hit eponymous bivalves (mussels) in order to make the sound “biff”.
​
​Conversation Pieces-
Written by Michael Gorman
​(No Photo)

Two rabbits move in next door to Bob Jones, a United States Postal Service worker, whose hand has been disfigured on the job. The rabbits keep up a cynical running commentary on the depressing state of Bob's life as they follow him to work one day where he is promptly fired by his boss who gleefully claims that he "has a reputation to uphold of pushing otherwise normal people into committing unspeakable acts of desperation." Bob goes on a rampage, shooting 19 people, only to be acquitted of all charges following a brilliant courtroom argument for, and demonstration of, the randomness of Bob's actions by the rabbits, turned Defense Attorney and star witness.